Our Music, Our Environment.

Empowering Rural Lesotho Through The Changemaking Power of Music.

Music can speak to the heart and mind simultaneously, and Conservation Music believes that the call to action for environmental sustainability must be sung more loudly than ever. We are a registered 501(c)3 non-profit that seeks to weave the emotional concord of melody and rhythm into the global ethos via educational music and film.

Our focus is on rural, uninformed subsistence communities in the developing world that are falling out of balance with the natural environment sustaining them. We collaborate with artists around the world to compose, record, produce, and create music videos for songs of sustainability in local styles and languages about local conservation issues.

Currently we have established ourselves throughout various countries in Southern Africa, collaborating with traditional artists, local celebrities, local governments, foreign embassies, and other NGOs to create songs that inspire change and environmental awareness. So far in our journey, we’ve had the pleasure of working alongside musicians like the Sotho Sounds, and Bhudaza, the Government of Botswana, the US Embassy, the UN, and National Geographic. 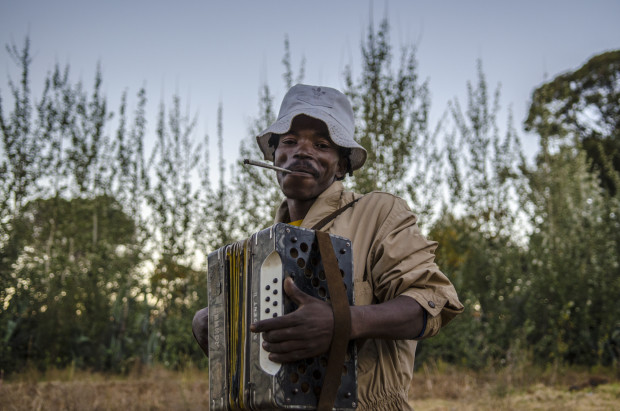 Where Music Comes in

Music is like a timeline. Most of us remember certain parts of our lives based on what music we listened to at the time. We have the ability to associate music with pertinent, emotional moments that have left us more vulnerable, and therefore more susceptible to change. That is the power of music! Songs, chants, poems, raps – they can improve memory of content facts and details through rhyme, rhythm, and melody. Creation of musical compositions offer a pathway to expressing personal feelings and beliefs in the universal language of music. Not only does music strengthen memory, it often wraps feelings of emotions around a song that enhances learning experiences. Think of the pride instilled when singing patriotic songs, the peace experienced singing campfire songs, the religious connections strengthened when singing great hymns of faith. Learning is strongly influenced by emotion. “The stronger the emotion connected with the experience, the stronger the memory of that experience” (Jensen, 1998, p. 73).

In 2017, Conservation Music set out on a quest to film a short documentary, centered around a case-study done in Malealea, Lesotho. In this study, we sought to explore and, ultimately, prove the connection between music and its role as an educational tool. From beginning to end, we planned the details of every step with interviews, music clinics, performances, and surveying conservation knowledge and implementation.

The project was split into five phases and every step was documented through film, photo, and writing, and shared through Social Media. Film production was paired with work on the ground during June and July.

PHASE ONE: Song Composition and Event Planning – The musicians and the team worked on songs to perform, the venue and date of the event was finalized, and the surveys and other documents were prepared.

PHASE TWO: Conservation Knowledge Surveys and Event Promotion – The village was surveyed for their pre-existing knowledge of conservation and sustainability. We used this opportunity to promote the event in the village.

PHASE THREE: The Main Event – The conservation songs were performed for the village. The beautiful dancing and smiles of children and adults alike were captured for the film. At the end of the performance, exit surveys and interviews were done to assess what the audience learned.

PHASE FOUR: Assessment of Survey Results and Finalization of Data and Media – before and after surveys were assessed and charted out, a report was prepared, the film was finalized in versions of various lengths, photos were edited, and blog/social media posts were drafted and shared.

PHASE FIVE: Global Media Release – We released the final film to any and all film festivals, journalistic avenues, and media outlets who were able to help spread the message and the mission. We also promoted all related media via radio, TV, and social media, engaging the online presence of all relevant participants and partners. 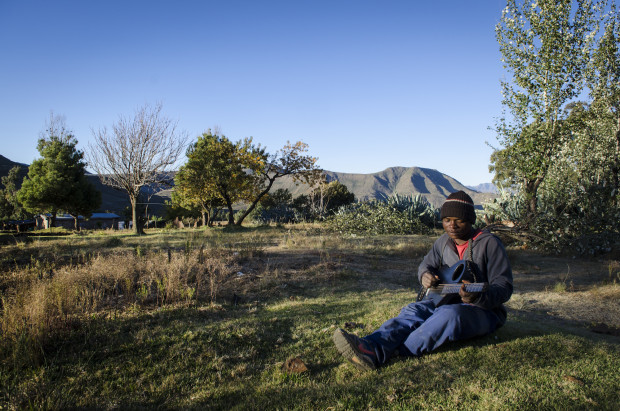 Why here and now?

Conservation Music is working to jumpstart a struggling environmental outreach movement in the developing world by providing a more interesting, emotionally engaging method to reach out to communities. We have worked in the Malealea village since 2015 creating music and film with local artists driving purpose of creating sustainable values in the community. The organisation has been doing similar work with other artists in other parts of Southern Africa such as the Okavango Wilderness Project and Zambia Green Pop Group.

For this reason, YALI Alumni Lerato Lesoetsa and Reekelitsoe Molapo,  together with Conservation Music founder Alex Paullin, desire to conduct a study to assess the impact of music in creating environmental awareness in the Malealea village. The village has been selected because the project has worked there in the past and already has partnerships with local groups such as the Malealea Band,  Malealea Lodge, the Malealea Development Trust, the Paleng Reading Program, and many other members of the community.

According to team member Lerato Lesoetsa, one of the most beautiful african proverbs says “act now, for tomorrow is reserved for the labour of the lazy.” Another says, “all the flowers of tomorrow are in the seeds of today.” Due to the alarming amount of environmental, agricultural, and management issues relative to the size of the area, Conservation Music, along with help from the Food and Agriculture Organization (FAO) and the Malealea Development Trust, deemed the location wonderful for demonstrating the power of creative, engaging education. Some of the most relevant problems in the area we addressed are listed to the right.

In June and July of 2017, the Conservation Music team set out to visually and empirically depict the power of music as an educational tool – we work tirelessly to inspire and promote the awareness and practice of environmental conservation and sustainability! This documentary film portrays the power of music and culture in developing Lesotho. We need your help supporting this film! Make a tax-deductible donation, and be part of a truly unique approach to environmental education!

Viewers of all ages with a passion and care for the environment, music, and/or Africa. More specifically, those who would be interested in learning more about the power of music to effect positive change in the world, especially with regards to the environment.

1emWe love collaborating, sharing, and discussing with like-minded people! We would love to connect on any of the platforms above.

Having collaborated with Conservation Music I have personally seen the positive impact of their work on the ground. A unique concept in environmental education and awareness that inspires and energizes local communities to take action. On top of that we’re also gifted with original music!